A Lecture Note On Bones Of Head........Download ppt 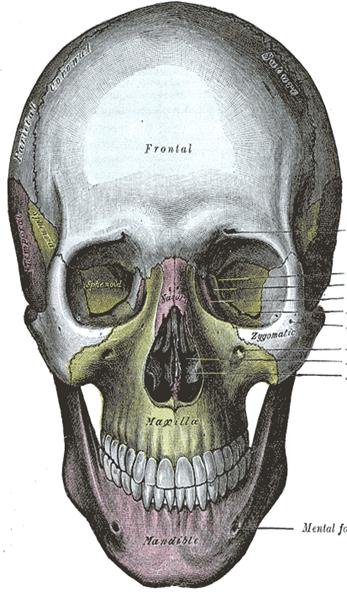 The skull  is divided into the cranium (all the skull bones except the mandible) and the mandible (or jawbone). One feature that distinguishes mammals and non-mammals is that there are also three ear bones (called ossicles): à  is a fusion of two bones along the palatal fissure that form the upper jaw. This is similar to the mandible, which is also a fusion of two halves at the mental symphysis.
Function
—The alveolar process of the maxilla holds the upper teeth, and is referred to as the maxillary arch. The maxilla attaches laterally to the zygomatic bones (cheek bones).
—The maxilla assists in forming the boundaries of three cavities:
—   the roof of the mouth
—   the floor and lateral wall of the nasal antrum
—   the floor of the orbit
The maxilla also enters into the formation of two fossae: the infratemporal and pterygopalatine, and two fissures, the inferior orbital and pterygomaxillary 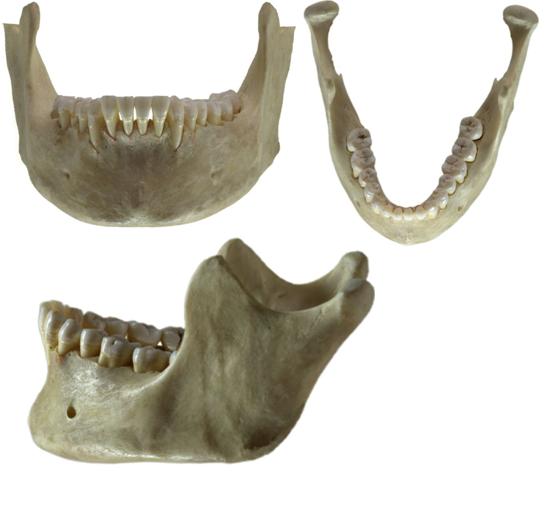