Ameloblastoma
Historically, ameloblastoma has been recognized for over a century and a half. Its frequency, persistent local growth, and ability to produce marked deformity before leading to serious debilitation probably account for its early recognition. Recurrence, especially after conservative treatment, has also contributed to the awareness of this lesion.

Pathogenesis
This neoplasm originates within the mandible or maxilla from epithelium that is involved in the formation of teeth. Potential epithelial sources include the enamel organ, odontogenic rests (rests of Malassez, rests of Serres), reduced enamel epithelium, and the epithelial lining of odontogenic cysts, especially dentigerous cysts. The trigger or stimulus for neoplastic transformation of these epithelial residues is totally unknown.

Mechanisms by which ameloblastomas gain a growth and invasion advantage include overexpression of anti-apoptotic proteins (Bcl-2, Bcl-xL) and interface proteins (fibroblast growth factor [FGF], matrix  metalloproteinases [MMPs]). Ameloblastomas, however, have a low proliferation rate. Mutations of the p53 gene do not appear to play a role in the development or growth of ameloblastoma. 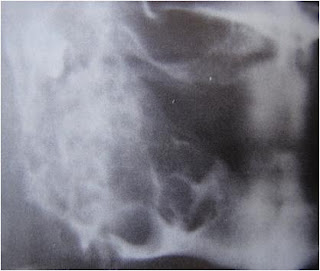 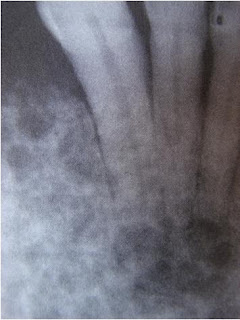 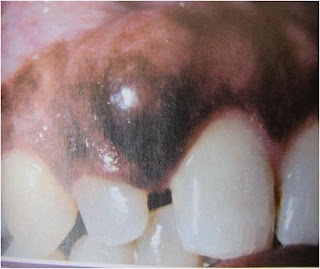 Instead of islands, long, anastomosing cords and occasional sheets of epithelial cells bounded by columnar / cuboidal cells.
Cells within cords are more loosely arranged than peripheral cells.
Supporting stroma is loose and vascular.
Cyst formation occurs, not inside follicles, but in surrounding stroma. 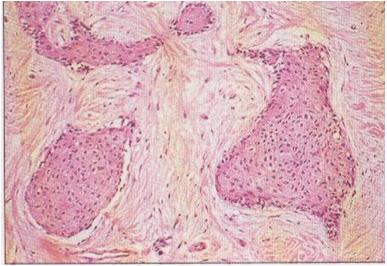 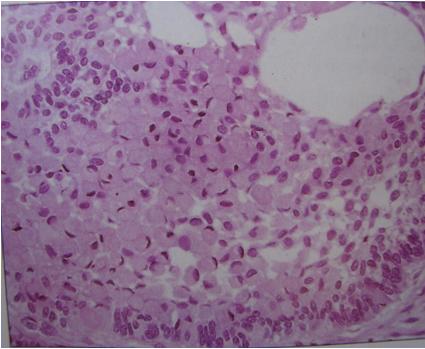 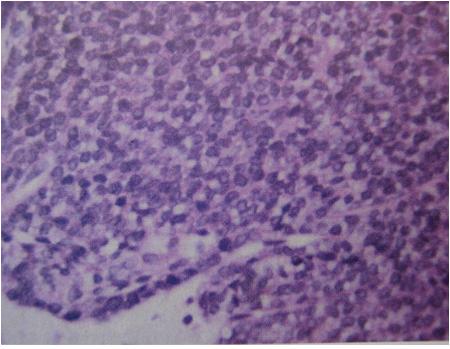